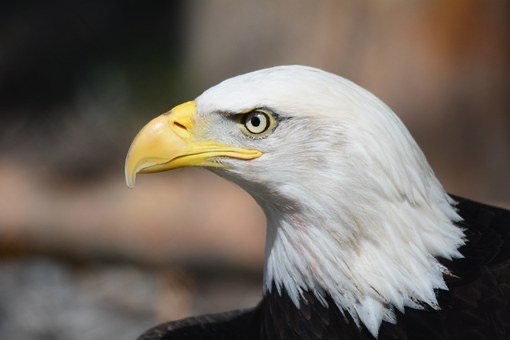 PAGE UNDER CONSTRUCTION: BUT, we’re glad you’re here… mosey around and see what we have in store to help Compassionate Americans weather these times of civic and political culture change. Need a Civics Guru? We’ve got em’!

We believe that democracy is NOT a spectator sport!

Compassionate America (CA) is a partner with the Collaborative for Compassionate Civic Engagement (CCCE) whose mission reads, “through the study and application of Compassion Ideology for civil society, the … CCCE unites and empowers community colleges to be resources for compassion-based civic engagement in the United States of America!

To meet it’s objectives, the CCCE is partnering with real live civics experts on two projects!

Our Civics Gurus will vet questions & coach readers, as they work to solve local concerns through Compassionate Civic Engagement.

So, got a question? We know some folks who are happy to help! Let’s introduce them!

Meet Sondra Cosgrove our Compassionate America, Been-there-done-that-with-civics” Expert! Sondra is a professor of social sciences at the College of Southern Nevada.

Not long after the 2020 election, Compassionate America and other concerned Americans will be submitting the following document into the United States’ court system on behalf of We the People.

To hear more about why this action is being taken by, of, and for We the People, please check out Dr. Cosgrove’s interview with Greg Anderson of the Political Independent:

Plaintiffs, We the People, bring this complaint against the two major political parties to demonstrate their unconstitutional usurpation of representative democracy in the United States dating back to the election of 1800.  Plaintiffs allege as follows:

At the constitutional convention, in 1787, the founders of the United States drafted a governing document that created the structure of a national government and addressed, among other things, power sharing between competing interests.[1]  Despite hailing from the elite class, these men identified the nation’s originators thusly:

We the People of the United States, in Order to form a more perfect Union, establish Justice, insure domestic Tranquility, provide for the common defense, promote the general Welfare, and secure the Blessings of Liberty to ourselves and our Posterity, do ordain and establish this Constitution for the United States of America.[2]

The Constitution shifts some power from the states to federal jurisdictions, and it protects various types of property rights, including the bondage of humans through slavery.  The document establishes itself as the supreme law of the United States upon ratification, and it concludes with a process for amending the text.  In no instance, however, is there mention of the formation or role of political parties, in fact, based on writings of founders from James Madison to George Washington, it was assumed that the new nation would be too diverse to shoehorn Americans into the confines of a few political parties.[4]

The ratification debate centered around two competing ideas of democracy:   the anti-federalist argument that representative democracy would work best at a local level with direct-democracy enabled by proximity and the federalist argument that a distant, centralized government would pull representation from every city and state to balance competing factions into cohesive governance.  Ultimately, a small fraction of the total population, eligible to vote based on their skin color and land ownership, ratified the U.S. Constitution and established the federalist model.[5]

Yet, these same men – who drafted and advocated for ratification of a constitution by, of, and for the people that did not legally recognize political parties – shifted power away from the People by creating the nation’s first two political parties.  By 1800, northern merchant interests had organized through the Federalist Party, and southern slaveholding interests had organized through the Democratic-Republican Party.[6]  The long-term outcome, however, has not been cohesive governance through the balancing of factions.  The two political parties instead have exploited factionalism to the determent of the People.

Simultaneous to establishing the federal government’s structures, the federated scaffolding of constitutional authority empowered the states to create their own systems of representative governance.  Yet, over time, the states mirrored not only the federal composition of power and services, but also the melding of governing systems with the political parties.  The Spoils System under Andrew Jackson, in the 1830s, epitomized this convergence and the unfortunate, resulting corruption of representative democracy to the detriment of the People.[7]

We the People have attempted for over two-hundred years to exercise our constitutional right to establish a more perfect union, yet our ability to act has been repeatedly thwarted by political parties that prioritize partisan gain.  We have voted; we have advocated.  We even have run for office, but to no avail.  We the People therefore must take our case into the court of public opinion to present this argument to our peers through direct dialogue.  We the People declare our inherent right to govern and the right to do so through association outside political-party structures, and so we seek relief to access governing power and to assert a recognized right to organize and act outside of the political parties.

Colonial political actions such as mobbing and boycotts, recognized by the colonial elite, established the power of the people to directly advance change.  Bolstering these exercises of individual agency, the colonial leadership promised a revolution and an expansion of political decision-making power in exchange for participation in the war against the British.

After the successful conclusion of the American War for Independence, the states assumed governing power while the Continental Congress continued with weak control over federal functions.  Fear that individual states would lose sway over protestors, such as Daniel Shays, as well as other structural problems with the national government, drove the men who eventually wrote the Constitution to initiate a consolidation of power at the federal level.

The resulting constitution transferred power from the states to the federal government, but it did not remove We the People from representative democracy.  We the People remained centered in the Preamble.  After ratification, the people flexed power and forced amendments into the document to establish and protect individual rights and to reserve unclaimed power for the People and the states.

Over time, the People added amendments eleven through 27 to expand voting rights, abolish slavery, and to revise federal governing structures and rules.  Individuals, election processes, elected offices, and common practices are all acknowledged through amendments, but mention of political parties is absent.  Consequently, lacking constitutional standing to manage our electoral system or to control federal or state levels of democracy, the parties cannot claim to be the legal and rightful stewards of American representative government.  That power is clearly reserved and established solely for We the People.

Despite lacking constitutional standing to manage our elections and governing processes, the two major political parties manage redistricting, voting, and elections to the benefit of the parties, not the People.  This has established an illegitimate control over the functions of American democracy.

The People are currently separated from our constitutional authority due to this worsening state of political dysfunction.

Ultimately, We the People cannot end corruption of democracy and exercise our right, as executors, to create a more perfect union.  We the People are marginalized by political parties that fixate on acquiring and holding power and not on meeting our needs.

We pray for relief in the court of public opinion.  We the People declare our right to govern and the right to do so through associations outside of the political party structures, and so we seek relief to access governing power and to assert a recognized right to organize and act outside of the political parties. We seek power to deconstruct artificial barriers to running for office, exercising legislative power, and sustaining an independent judiciary.

Political parties have a right to exist, but all should be on common ground to compete.

[1] “Notes on the Debates in the Federal Convention,” Digitized notes kept by James Madison of the federal constitutional convention, https://avalon.law.yale.edu/subject_menus/debcont.asp

[1] “Notes on the Debates in the Federal Convention,” Digitized notes kept by James Madison of the federal constitutional convention, https://avalon.law.yale.edu/subject_menus/debcont.asp