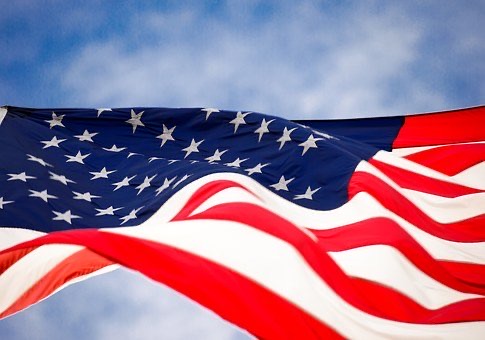 PREAMBLE: We the Compassionate People of the United States of America, in order to promote a more perfect union, are asking for those who believe that there is a gentler, kinder, and more rational and reasonable America underneath the bi-partisan-corporate-media-noise of our times to step forward and say, “Count me in!”

We ask this of you, because we live in troubling, if not disorienting, times, and have great concerns for the future.  Things don’t seem right in America these days.  In fact, they often feel quite wrong.  You know, wrong in terms of how we’re taught at some point in our lives that people should be kind, compassionate, loving, empathetic, respectful, fair, and sympathetic.  Thus, we share this declaration with our beloved country to say that there is another way of living and being a patriotic American.  It’s one that acknowledges what long has existed, and it has the power to initiate a different, 21st Century “ideology” that of a Compassionate America!

Too many times decisions are made in the governing of this country from a zero-sum, winners v. losers mindset, instead of finding middle-ground, win-win solutions for the greatest possible good. Our representatives always should hold their constituents as human beings in mind as they legislate, instead of serving corporations, special-interest organizations, or themselves. Representatives with compassionate hearts and reasoning minds, are who we want representing us, and we intend to support and vote for people who share the same interests in the well-being of the United States, as described in this Declaration.

RATIONALE: Lately, as we face each new day, many of us feel reluctant to go into the world at large.  It’s not that we don’t enjoy family, friends, neighbors, and co-workers; we do.  It’s just that we’ve become painfully aware of the increasing gap between what is happening in our country and what we were taught, and largely accept, about the good of America.  It’s everywhere, but mostly it’s found online, on cable-TV news, and in the extreme “rights and lefts” in society.

We get it.  Not everyone is on the same page politically, but it’s America, and we were taught that such diversity is fundamental to who we are.  We’re a republic, after all!  We have rights, freedoms, responsibilities, and we elect representatives, who carry out the daily business of running the government, at all levels.  It’s okay that we all don’t want the exact same things, so long as we take personal responsibility for keeping an eye on our elected officials, as they make the compromises needed to ensure domestic tranquility, promote the common defense and general welfare, and secure the blessings of liberty for ourselves and our nation’s children, while ideally following and honoring the rule of law.  It’s okay if we don’t all agree, but it isn’t okay, if we don’t get along with each other as human beings in our republic, first.

Yes, voting rights, fair taxation systems, good public services, quality, and affordable health care access, clean and safe environments, livable wages, job security, healthy work-life-balance, majority needs, minority rights, and a host of many other important issues all matter!  And, we recognize that there are many people who care deeply about all of these, some of these, or none of these issues.  But, here’s the thing.  Nothing matters or can get resolved, if we don’t step up and say to ourselves, our families, communities, the nation, or even the world, “PLEASE STOP!”

Please stop the madness of not caring about people as human beings.  Ever heard of the phrase “we’re all human?”  Of course, you have, because Compassionate People in America, say it often.  And, we are the people who want reasonable human-focused solutions to the problems that we collectively face in our daily lives like:  bad roads, caring and educating our kids, helping our families and communities be better places, managing health care needs and costs, and, well, you name it.

We know and care about the broad range of issues facing our nation, but we as individuals simply don’t have the time, energy, skills, and resources to deal with them all.  However, with a collective voice standing up for human-centered and fiscally-responsible solutions to our problems (the two are not mutually exclusive), we can challenge ourselves to rise and communicate an ideological approach about what we expect from ALL of our elected employees, as we self-govern — one that promotes a Compassionate America.

America is best understood as a practical, hard-working, caring society that has been battered by its lesser nature and the terrible injustices done to peoples, past and present.  We acknowledge those injustices, and deeply want to see real solutions to the problems facing people who just as easily could be us, because we’re not heartless beings. We truly care about “other people,” because “other people” are our sons and daughters, aunts and uncles, mothers and fathers, friends and neighbors.  We are aware enough to know that, to “other people,” we and those whom we love are “other people.”

What we stand for is nothing less than what Compassionate Americans from all walks of life have done in their daily lives throughout our history.  It isn’t unique to America, but it acknowledges that the “Spirit of 1776” called for the fundamental rights and freedoms of humanity to be recognized, honored, and respected under the rule of law.  This value system has woven itself into the fabric of America in different ways and ONLY has been maintained from generation-to-generation by Compassionate Americans who love their country because of the collective promise its foundational ideals offer.

With the benefit of history behind us, it also acknowledges that human beings are just that – human, and thus capable of great good, but also great harm.  Despite our collective and individual faults, it also recognizes that most people in this country are fair-minded, caring, and deeply believe that the primary way to achieve healthy self-governance is through our individual and collective commitment to live wisely and with care for our fellow humans.  This part of our country’s history has been neglected by current, mainstream narratives and is best summarized in the often-overlooked words from the Constitution:  TO FORM A MORE PERFECT UNION.

Generations before us both helped and harmed the people of this country. Yet, despite the past’s many faults, the United States has remained a place of hope, even among its most oppressed peoples, because Compassionate Americans have sought to keep the worst of human behaviors in check, while also asserting an important common-sense ideal. This ideal acknowledges that most humans very much want to lead uncomplicated, peaceful, decent lives, and to provide for their families and selves, while also seeking to leave the world a bit better than how they found it.   It’s an attitude of service that says, “may I do no harm, and when I do, may I be wise enough to know it and make appropriate amends.”  Quite importantly, it also is a mindset that sees life as a learning experience to grow from and understands fully that we can be both flawed in the ways that humans are AND still able to genuinely care about the greater well-being of others!  And, quite importantly, yes, to also care even for those whom we don’t like or whose behaviors we find despicable.

These and similar mindsets have allowed generations of Compassionate Americans to move forward with the task of creating a more perfect union, by demanding that the “all” in “all are created equal” be applied to everyone, as much as the times in which they lived allowed.  Many of these people struggled, suffered, or died for these values, at home and abroad.  Yet, how often do we acknowledge this quiet, but extremely powerful, side of our history?  Indeed, previous generations did their best to serve this greater good, using the skills, understandings, and resources they had available to them at the time.  Their efforts made the country look deeply at its character flaws.  Yet, they never gave up on the hope that, through individual and collective efforts, America could continue to become a “more perfect” and more compassionate country, over time.

It does no good to deny that America has gotten better since its earliest days.  That fact, though, doesn’t dismiss the ills of our past, nor the failings of our present.  Of course, there’s a lot more work to be done. In our lifetimes we will not fix everything, yet we must rise to the challenges of our age and in the spirit of forgiveness do better than those who have come before us, as we hope those in the future will do for us.

And, We Must Do This work! We’re a country in crisis.  We must act.  But, how?  What kind of action is required of ordinary, everyday Compassionate Americans in the early 21st century?

COMMON SENSE UNDERSTANDINGS: We believe the simplest and most impactful solution is to live our lives and self-govern as Compassion Activists, honoring these types of understandings to the best of our abilities:

To Compassionate Americans, like us, it seems quite strange that a person wouldn’t care about the nature and tone of what is going on in the United States, these days.  If given the chance, perhaps we’d say to them:

Thus, We the Compassionate People of America declare the need for a narrative that is both timeless and “new” and that organizes all Compassionate Americans under a new banner to be embraced by partisans and non-partisans alike.  As human beings we won’t be perfect in our application of these ideals, but we are committed to them, nonetheless.

Ours is an ideology centered on doing right by our fellow human beings, regardless of our former or current political leanings, and it must be vocally expressed and actively lived NOW.  After all, what else do we have, if we don’t have humanity?  And, from this type of reasoning, shouldn’t “liberty and justice for all, follow?”

Indeed, let the dawn of a peaceful “revolution” in America begin!

Let it be one that manifests this ideological narrative in our country!  We can learn from our history, and by this point, we should know how to treat others with compassion.  We must stand and act together NOW to demand just, reasonable, and compassionate solutions to the host of challenges facing the United States of America in the 21st century and beyond.  Regardless of who you are, what you believe, who you love, where you live, how much money you have, how you do or do not worship, your successes, and failures, in other words regardless of how human you are, we must act now by being vehicles for change in our daily lives.

By sharing this declaration with all in the Republic, we put forth into action the convictions and changes required to hold ourselves and others accountable for higher standards of behavior toward our fellow Americans, whether we like them or not (especially in matters of politics and governance).

If you agree with most of the sentiments contained here, please declare your patriotic commitment to role-modeling and outreaching to others about Compassionate America! Let’s preserve and extend the work of generations of ordinary, Americans who lived decent lives, while promoting and protecting the values that made America a model of liberty to the world.

Many thanks to those across the country who have helped edit and who endorse We the People’s Declaration of Mission.

Like what you read? We think every elected employee of We the People should endorse the basic governance philosophy as stated in the Declaration of Mission. If you agree, please print and/or email this page to your local, state, and federal representatives. Thank you!